This table is sortable by heading

Who is DJ VISION?

My love of electronic music and instruments started in early childhood when I discovered two noisemakers: The Stylophone and a toy called Sound Gizmo. As a teenager in the 80s I made recordings with a Casio SK-1 on a Tascam Porta-05 Ministudio 4-track before moving onto pro quality synths and samplers in the early 90s. Rave culture was exploding and my music needed a little extra push. Learning to mix was the key. 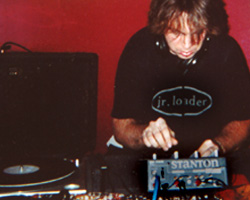 I had already been mixing records at a friend's house for a while before I got my own Technics 1200MK2s and a cheap Numark mixer. I played parties and experimented with adding instruments and effects to my sets through the 90s. Later I got a job in a record store and played a few clubs. I longed to play more of my own tracks, but dub plates were expensive. Eventually technology advanced to the point where I could mix full sets of my original music on CDJs or laptop with a controller and everything came together.

Most of the mixes in this archive are from my record collection, however, the mixes labeled "Original" are all tracks wriiten by me. Some of it is rather experimental. I hope you enjoy them and thanks for stopping by to listen.